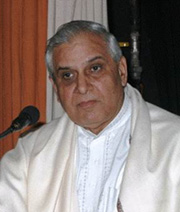 SH. A. R. KOHLI
(1997 - 2001)
SH. A. R. KOHLI: FOUNDER, HONORARY PRINCIPAL DIRECTOR , An Alumnus of Indian Institute of Management-Calcutta, Kurukshetra University and DAV Institutions along with a rich experience in Industry and Indian Political System, founded the DAV Institute of Management in October 1997 with an intake of 30 students and 5 faculty members in MBA as its flagship programme. During his tenure, the institution took a start from a strong foundation, progressed and within a span of four years was educating more than 500 students in 5 different programmes. The Institute also became the first to get ISO Certification in the field of education for its center of excellence. Post his tenure at DAVIM, Sh. Kohli was appointed as the Governor of the State of Mizoram.

PROF. S. K. NARANG (PRINCIPAL DIRECTOR) An Alumnus of Indian Institute of Management-Calcutta (3rd Batch), Prof. Narang has 30 years of rich industry experience and was one of the founding members of the institute. He has worked for Macneill & Barry Ltd., Asian Paints (I) Ltd., Jenson and Nicholson (I) Ltd. and has extensively travelled abroad in connection with Technical Collaborations with international organizations in Germany, Sweden, Portugal, UK, USA, Canada and Thailand. His knowledge of Business Management, Operations and Marketing Management benefitted the institute and especially the students a lot. 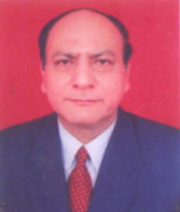 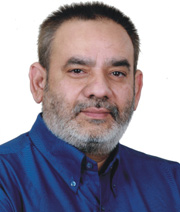 (Late) DR. N. K. SHARMA
(2003 – 2014)
LATE DR. N. K. SHARMA: PRINCIPAL DIRECTOR , An Alumnus of DAV Institutions, Punjab University, Chandigarh and M.D. University, Rohtak and with a vast experience in Academics and Administration, Dr. Sharma was amongst the founding members of the DAV Institute of Management- Faridabad and took charge as a Principal Director in 2003. Based on the strong foundation laid by Sh. Kohli and Dr. Narang, Dr. Sharma took the institute to newer heights and just within the first few years itself the institute grew manifold and was educating nearly 2500 students. During his tenure, the institute won many awards including the IMC RK National Quality award, and was listed amongst the best B-Schools by Dun & Bradstreet and many other reputed rating agencies. The society and the institution lost him following his ill health in July 2014.
copyright © 2019 DAV Institute of Management Developed By &nbspDigital Ninza Pvt. Ltd.